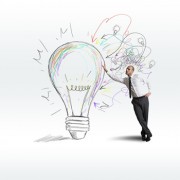 On Saturday June 14, there will be the first “Festival of the Communities for Change”, in Bologna at Palazzo Re Enzo, an event created and organized by the association RENA.

It’s an event, unique of its kind, developed for networking, organizing discussion tables and sharing experiences. It’s an opportunity for all the participants to create value, meeting each other and starting new collaborations. All the main actors of innovation in Italy, have been gathered, showing a huge interest, so that the event is sold out.

There’s a rich program, from 10 am until late in the evening.

PUSH, represented by Domenico Schillaci and Salvatore Di Dio, will take part in the event. The festival is a great opportunity to meet realities who we’re already starting a collaboration with and to find new ones, but it is also an excellent opportunity to be part of the thematic tables dealing with crucial issues for the projects developed by our Association, such as social innovation, OpenData, territory promotion, crowdfunding and governance of sharing communities.

The event can be followed via live streaming or following RENA on Twitter and using the hashtag #RENAfestival created for the event. 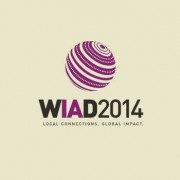 PUSH will participate to the Giornata Mondiale dell’Architettura dell’Informazione to be held (also) in Siracusa on 15 February 2014.

An annual event taking place simultaneously in 24 different cities in the world to promote a discipline that, by structuring experiences, words, and messages and by projecting relations between services providers and users, deals with the organization of information so that they can be easily accessed and readily conveyable.

Several experts from academia and from the world of work will be participating to a global discussion on the premises and opportunities of Information Architecture, for a better understanding the role of our activity within companies and institutions.

The event will take place at Impact Hub Siracusa.

Here’s the complete program. Participation is free. Please register at Eventbrite to reserve a seat. 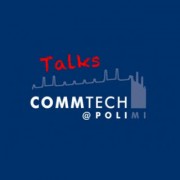 PUSH will be in Milan to participate to the CommTech Talks organized by the Telecommunication Ingeneering Program at Politecnico di Milano. There will be meetings, seminars, and debates to encourage encounters between students, instructors, and experts in the industrial and econonomic fields.

“Social Innovation in Smart Cities” will be the main topic discussed on Monday 13 January, when Domenico Schillaci, founder of PUSH and alumnus of the Politecnico will tell about PUSH’s commitment in projects of social innovation and support to smart cities policies. 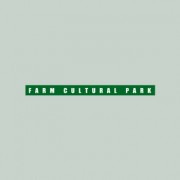 When Andrea Bartoli founder and artistic director of Farm Cultural Park, invited us to spend a weekend at the first Sicilian cultural tourist park, we did not need to be asked twice. Thus, 4th to 6th January next year, we’ll be there; pushers among visitors to this beautiful centre, located in the province of Agrigento.

This will give us a little relaxation after an intense year, yet also represents an interesting opportunity for us to present the activities carried out so far and the projects still in the pipeline, develop synergies on issues of culture and social innovation, and place the groundwork for future collaborations. All this, while enjoying the creativity that exists inside of this place, unique in the world.

We can be sure that we will return to Palermo not only more relaxed but also, and above all, more inspired. 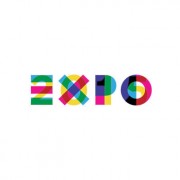 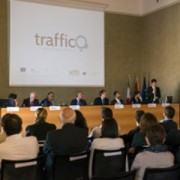 Today at Palazzo Steri was presented a workshop organized in collaboration with Università degli Studi di Palermo and open to the students of the School of Architecture, Engineering, and Education, to be held on 21-23 November 2013 within the project trafficO2.

It is a unique opportunity to work concretely on a social innovation project in team with colleagues of other schools and coordinated by tutors that will offer their technical and professional expertise. “Mobility, Behaviors: Apps” will be a full  three-day event rich in initiatives where project will be concretely designed and there will be in-depth discussions on specific topics, also thanks to the collaboration with two technical partners, the Istituto Superiore Mario Boella in Turino and Google Developer Group in Palermo.

The students who are interested can register at www.traffico2.com filling the registration form. At the end of the workshop they will receive 3 CFU (course credits) and become testers of trafficO2: they will receive a personal alpha version of the app to be tested on their smartphone and reviewed in periodical reports allowing its enhancement by implementing new functions and improving the graphic interfance and the user experience.

This project stems from a collaboration between the students and the PUSH team, trafficO2 design company, that will lead to a gradual expansion of the number of testers, involving by 2014 all the 60,000 students of the Università degli Studi di Palermo.

Here you shall find the folder with the press conference documentation. 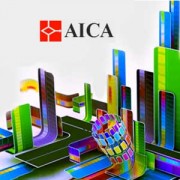 trafficO2 was in Salerno for AICA’s 50th national congress, event organized in collaboration with the University of Salerno, which will be held at the Fisciano campus from September 18th to September 20th.

“Digital Frontiers: from Digital Divide to Smart Society”, the theme of the 2013 edition. In fact, during the three days researchers, faculty and professionals of the ICT field will meet to evaluate in which way our Country is preparing to face the future challenges to smart, sustainable and inclusive growth, as an answer and in accordance to the European research and innovation strategies.

The focuses of the summit were all of the initiatives and researches on themes such as climate change, security, energy and food resupply, health and mobility. These are themes in which ICT plays an important role in supporting innovation.

The guest speakers, among others, will be Antonio Pescapè, form the University of Naples, Anna Donati, appointed by the mayor of Naples for sustainable mobility and Fabrizio Cobis, director of the special programs of research and distribution of scientific culture at MIUR. 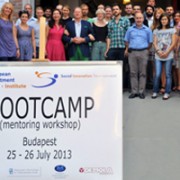 The results of PUSH’s first experience abroad are very positive. In the occasion of the Social Innovation Tournament held at the EIB Institute on 25 and 26 July 2013, the project uMayor has received enthusiastic feedback.

This two-day boot-camp has been rich and stimulating and has given us the opportunity of sharing our idea of social innovation and to meet creative young people from all over Europe who showed enthusiastic appreciation for the idea of a crowd-sensing platform allowing a direct and transparent relation between citizens and the Public Administration.

A program of events full of occasions for in-depth analysis gave the opportunity to the sixteen finalists – including three Italian teams: uMayor, Miraorti, and Our Secret Garden – to perfect their presentation skills, thanks to the valuable advice of five professional coaches whom we would like to thank publicly here.

We returned to Palermo with several new ideas and suggestions ready to go back to work and prepare for our next appointment to be held on 17 October in Budapest: the proclamation of the three winners.

PUSH flies to Hungary for the workshop organized in the occasion of the Social Innovation Tournament at the EIB Institute, to be held in Budapest on 25 and 26 July 2013.

There, PUSH will be presenting uMayor – a crowdsensing platform that will allow the citizens to entertain a direct and transparent dialogue with the Public Administration – that was selected among over 250 applications, as one of the sixteen finalist projects. During the two-day bootcamp, professional coaches will lead the teams in the development of effective business plans and at the same time will help them improve the teams’ presentation skills.

Five coaches, sixteen projects, and a program full of occasions for in-depth analysis, from social entepreneurship to impact investing to the technique of pitching.

On 17 October, still in Budapest, the proclamation of the winners. 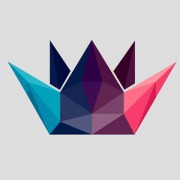 The second edition of the event – organized by Il Sole 24 Ore, Radio 24, Startuppami and Startupbusiness – will be held in Milano on June 17th.

Only one hundred startups will be granted access to the fair, which will be able to explain their projects to the visitors, investors, and businesspeople.

The winner will be the videos with the most likes on Facebook.