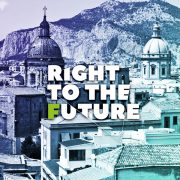 The second Urban Thinkers Campus in Palermo took place from April 6 to 8 at Palazzo Sant’Elia. It was one of the 75 that will happen around the world in 2017.

“Right to the Future”, organized by PUSH in collaboration with the Municipality of Palermo, the patronage of the United Nations and with the support of around 70 international partners and media partners, was aimed to collect proposals and visions for the future of the city and lay the foundation for the translation of the global principles of the New Urban Agenda into concrete actions at local level.

A three-day debate including plenary frontal sessions – Urban Labs – exchange moments with the audience – Urban Thinkers Sessions – interactive co-design workshops – Roundtables – and the first Urban Journalism Academy after the ratification of the New Urban Agenda, coordinated by two representatives of Habitat III and targeted for journalists and communication and media professionals on urban policies.

During the Urban Labs international guests shared best practices experimented in other cities and countries – in Netherlands, Portugal, Israel, Egypt, Cyprus and other regions in Italy – and replicable here in Palermo, while the authors of the best proposals selected by the Steering Committee through the Open Call presented their ideas on the future of Palermo. On April 6 and 7, during the afternoon, there were the three Roundtables on the topics selected by the participants – citizens and representatives of around 30 local organizations – cultural and artistic heritage, public spaces and community living.

The whole Campus has risen a strong interest and participation. More than 200 participants, Palermitans and non, took part to the activities and to the 20 side events around the city during the same week. Around 200.000 users were reached online through the social media channels and the website of the initiative, while more than 1000 followed the online streaming of the conference during the three days.
18 were the countries represented within the Campus.

Furthermore, from April 18 to 22, the Right to the Future Intensive School took place. It was the second edition of the educational programme on service design for urban innovation and it was organized by PUSH in partnership with commonground. The School, sponsored by Fondazione CRT, Confcooperative Sicilia, LUCA School of Arts and Link Campus University, was attended by 16 international students of different age, geographical origin and academic and professional background.
In a five-day full immersion, guided by expert mentors and working in four different teams, the participants elaborated, prototyped and validated concrete proposals for the city of Palermo. Their four projects – on food and traditions, public spaces, tourism and gamification of urban contexts – were presented Saturday April 22 in the context of the Street Food Fest.

The 60 proposals collected through the Open Call, presented by individuals and organizations of 13 different countries, the 10 ideas coming from the Roundtables and the projects developed by the students of the Intensive School will be part of the international publication “Right to the Future: Vision Development Kit for the Future of Palermo” and of a special edition of the magazine UrbanisticaTre. 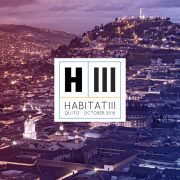 PUSH will take part to Habitat III Conference Events in Quito, Ecuador, from 15 to 20 October 2016.

Habitat III is the United Nations Conference on Housing and Sustainable Urban Development that takes place following a bi-decennial cycle (Vancouver 1976, Istanbul 1996 and Quito 2016) with the aim to reinvigorate the global commitment to sustainable urbanization, and focus on the implementation of a New Urban Agenda.

PUSH was selected to share its experience on service design for social and urban innovations, particularly focusing on the results gathered in the last few years.
Three events have been already scheduled in the rich conference program:

• A “datathon” where the local community will start building the open dataset for the free and collaborative app for tourism “Open Tour Quito”.

• A workshop session about MUV, the game that adds values to sustainable urban commuting.

• A side event about Street Art with the projection of the awarded documentary “Borgo Vecchio Factory” and a brief workshop on Street Art Factory, the web art gallery where you can find street art pieces, buy street artists’ artworks and, at the same time, fund artistic workshops for kids.

We’re very proud to take part to this historical event. The opportunity to contribute to Habitat III confirms us that with new ideas, a good dose of courage and a simple Internet connection, you can really get anywhere. Even where we never even remotely dreamed. “