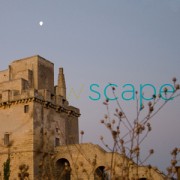 This project has transitioned from a university research project to becoming a business proposal for a sustainable repurposing of the territory.

The project – created by the architect prom Puglia Claudio Esposito in collaboration with PUSH – aims to recover, repurpose and revalue the ancient coastal defensive system in Puglia, which includes an infrastructure of 127 towers, constructed between the 13th and 17th centuries, some of which are currently abandoned.

The main focus was on 8 towers in the Gallipoli area, which would be repurposed into meeting centers, fab labs, instructional centers and places for co-working, in which case that span of coastline would be transformed into a sort of “Club Med” for innovators and start uppers, taking advantage of the tourism of the local territory.

The towers would be connected to each other with a route of bike and walking paths and virtually connected by a wireless mesh, which would cover over 40km of coastline with a broadband Internet signal.

The new network will be transformed: from a defense system to a widespread system of slow fruition of the territory and landscape.
A new view of the culture from Salento by implanting on beautiful coastline the growth catalysts that are promoting the innovation process in our Country, to stimulate the citizens of the territory and tourists and give them the instruments to become an active part of the Country.

The project had several partners, including the collaborations with Puglia Region and the administrations of the interested townships: The Hub Bari, iStarter, Istituto Superiore Mario Boella, J.A.N.U.B – which will contribute their expertise in the field.

“The project is a concrete and realistic approach to transform the abandoned coastal towers into centers for innovators and start uppers”.
(Riccardo Luna on ilPost)