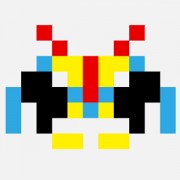 #GAMinvasion was a great success, the promotional event for the artistic and cultural assets, which took place on Sunday April 28th on which day the Invasioni Digitali; took place all over Italy. Over 50 tickets were sold and more than 100 visitors appeared in occasion of the digital invasion of the Gallery of Modern Art in Palermo, all of which shared the art works on the social networks with their smartphones and tablets.

The success was obtained through the collaboration of partners such as: Ars Mediterranea and Iride_work in pixel, which contributed with enthusiasm and passion to the organization of the event.

A special thanks also goes to the entire staff from GAM in Palermo, who wanted to embrace and support our initiative with extreme professionalism.

Now you can invade our gallery! 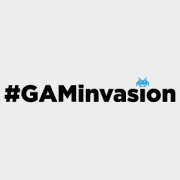 The non-profit organization PUSH, together with ARS Mediterranea and Iride_work in pixel , is proud to announce that it will invade GAM in Palermo.

The invasion is scheduled on Sunday April 28th and will consist of a guided tour (with a reduced ticket) of the museum and its collections, including the first contemporary work of art donated to a modern art gallery (Francesco Simeti, 2013).

For those who want to participate to the #GAMinvasion the meeting will take place at 10:30am in Piazza Sant’Anna to the chant #liberiamolacultura (let’s free culture).

Digital Invasion is an idea that anticipates the organization of several mini-events (invasions) at museums and Italian art locations, in the week of April 20th to April 28th.
The events are intended for bloggers, instagrammers, photography buffs and anyone who are active on social media who wants to be an ambassador to their territory.
The objective is to spread the culture of using Internet and social media for the promotion and diffusion of our cultural assets.
The participants are invited to pacifically “invade” the place on those dates with their smartphones, photo or video cameras, and share their experiences on the social medias.
The contents will be collected on the main portal by using the hashtag #invasionidigitali and, at a local level, with the hashtag #GAMinvasion.

The digital invasions (#invasionidigitali) are a network of national events aimed for the diffusion and appreciation of our artistic and cultural assets through the use of the Internet and social media.
For more information about all of the events visit the site www.invasionidigitali.it, discover the concept the project is based on and subscribe to the event.