The coronavirus public health crisis has had a radical impact on daily lives. It has come as an unexpected shock, but many believe it could become an opportunity to profoundly influence new social behaviors in the near future.

Moving back toward normalcy, before the release of an effective vaccine, will be indeed “a new normalcy”.

Many private businesses are gearing up to redesign their internal processes, including communication with customers and their purchasing experience. Economic aid will probably be needed to restart, but we will also need to face uncertainty in the coming months with courage and determination.

But how are Public Services preparing for this “new normalcy”?

National Health Systems were the first to be hit by the coronavirus tsunami, often exposing (except perhaps the German case) many shortcomings and an unjustifiable lack of preparation (plans drawn up and never carried out) in an area where prevention is fundamental.

If health care has been overwhelmed by this emergency, other areas of public services face a different challenge, as the lockdown is allowing for time to prepare, albeit very little.

Changes will have to be substantial, and the taskforce of experts appointed by the Italian government is already working to bring the country to a “new normalcy”. Some pillars of our society such as Justice, Education and services for the Cultural sector will certainly be affected by important changes, but it will be Mobility, especially local transportation (public or private) that will bear the strongest impact.

Mobility is definitely the one sector that is suffering most from the COVID-19 crisis, all around the world. Unlike other areas, public transport must continue to operate in order to guarantee access to all social classes.

Public transportation is a right designed to offer equal opportunities, while protecting the weaker segments of society and safeguarding the environment.

Already in February 2020 the International Association of Public Transport claimed that although public transport is an essential service for the social and economic stability of our cities, at the same time, it has to be considered a high-risk environment. 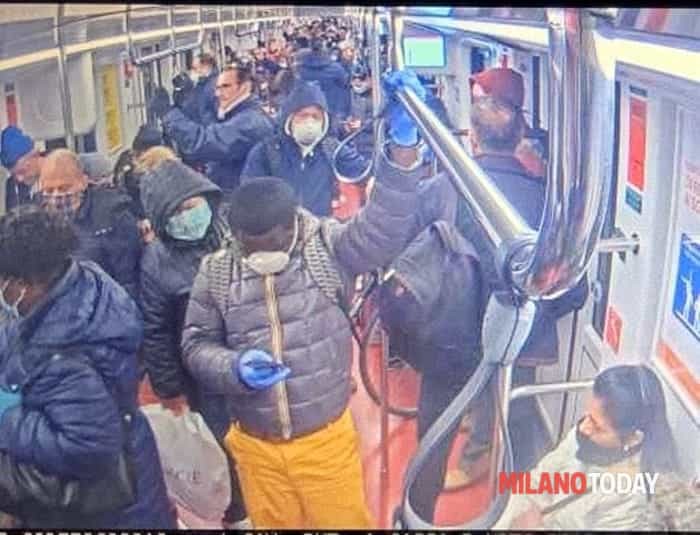 In March, the Italian Ministry of Transport issued guidelines to limit the spread of COVID-19 in transport and logistics but it is evident that, considering the limited attention paid to local public transport, it is very difficult to deal with in a generalized way. While access control systems have already been designed and tested in the train stations and airports because of terrorism, a similar level of control for each single bus, tram or metro car is a new subject matter, making an ad hoc approach necessary.

In Italy there are more than a hundred transport companies and agencies, often working at a loss. They often compete with one another within the same area, and very few are structured to deal with either the current crisis of their future “renaissance”. Today they are in full lockdown and, as indicated by the Ministry, boarding buses temporarily takes place only through the rear door, in order to protect drivers. Tickets thus cannot be sold or checked on board.

Are these recommendations enough to prevent public transport from becoming places of propagation? Probably not. And tomorrow? What will happen when schools, universities, business centers and factories reopen?

The equation Public transport = Contagion risk is a common thought.

Some cities are considering developing new cycle paths and adapt urban spaces to promote alternatives to public transport. But the fear is that whoever can will use their own car (in Europe, Italy ranks second only to Luxembourg in the number of cars per thousand inhabitants); those who don’t have this privilege will inevitably be pushed to the margins of society.

Can anyone even imagine the consequences? The empty streets and clean air of quarantine days will be but a memory in a sad future of traffic and unbreathable air. Buses, trams and metro trains travelling half-empty to maintain social distancing, used by only the lower economic layers of society, will seem useless, leading to proposals to dismantle the service. Low-emission and electric cars will be promoted but, to ensure that everyone can move safely, older models will also have to be allowed to move. The connections with suburbs and peri-urban areas will be impossible, the ZTL (restricted traffic zone) will no longer make sense, and in a short time we will find ourselves sitting safely inside our cars, stuck in traffic in an increasingly divided society. If studies on the correlation between coronavirus and pollution were to be confirmed, the future would be grotesque. 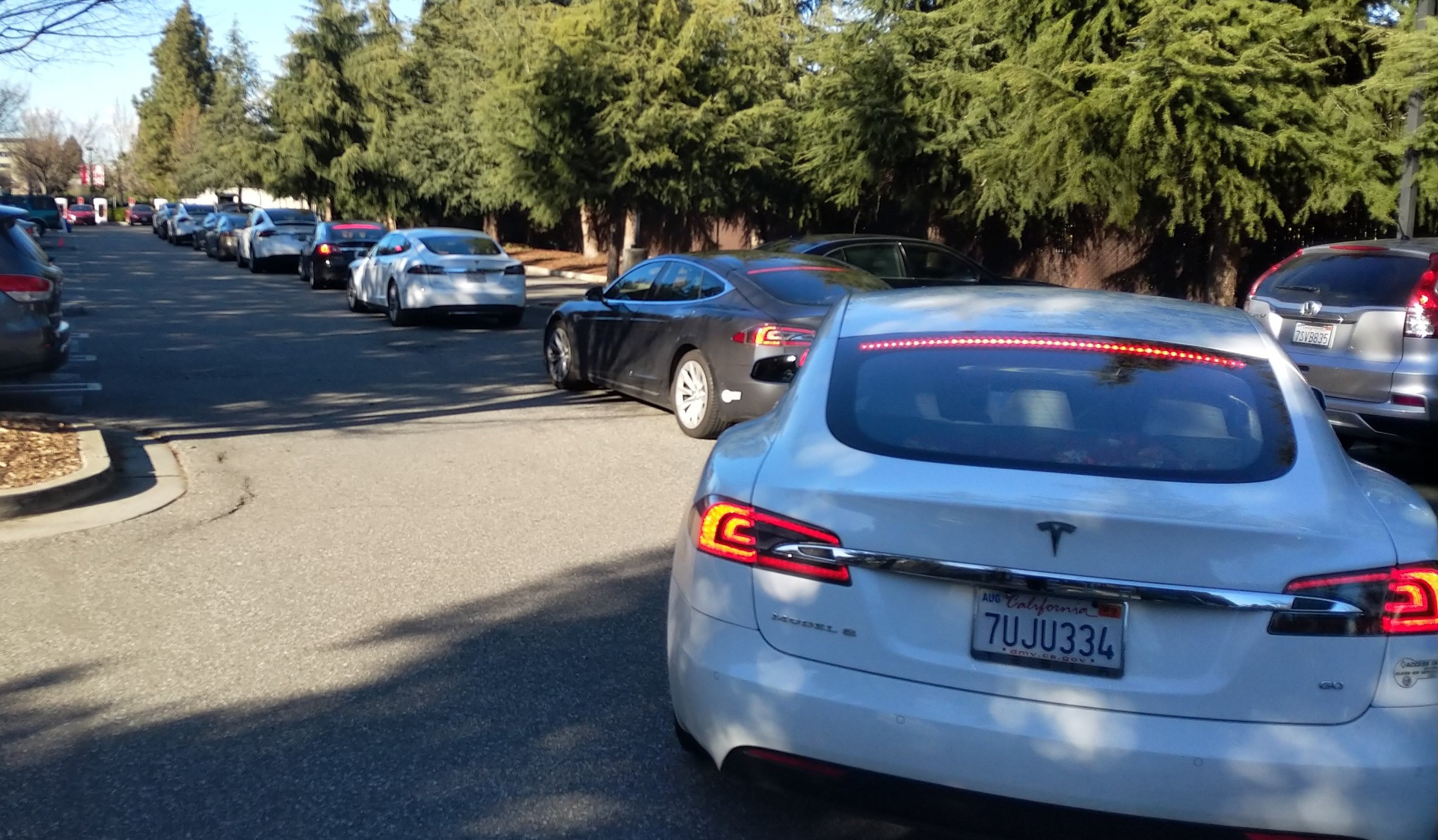 If we don’t try to support local systems of sustainable mobility and public transport now , we are literally triggering an ecological and social time bomb.

The repercussions on the policies needed for economic recovery will be serious . Just think of the significant impact on the world of work, logistics and the tourism industry.

A few days ago Giovanni Scarfone, of the company that manages public transport in Bergamo, the most infected province in Italy (and the world), launched the challenge to redesign the public transport offer to the UITP international network. Following the most recent DCPM (Presidential decree), Andrea Gibelli, President of ASSTRA (Transport Association), expressed the hope that the silence of the government on such an essential matter for the economic and social stability of the country is only temporarily, and that the efforts made for Alitalia were the prelude to an equally decisive intervention regarding local transport. 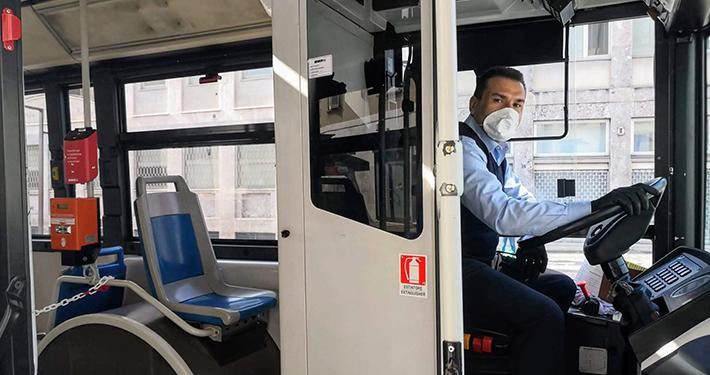 As for private companies, economic aid will not be enough to redesign their offer of mobility services.

Digitization will be needed to avoid contacts as much as possible. We will have to rethink bus stops, sidewalks, and turnstile queues. Companies must be able to quickly and constantly communicate withe operators and users , confidently answering questions to build trust with passengers:

Almost all the Italian companies that manage local transport will need to take a real leap forward for the quality and complexity of their service.

And they have to do it in a very short time, during an economic and social crisis and with the oldest transport fleet in Europe.

The European Union is aware of this enormous challenge, and a part of the aid for the fight against coronavirus is earmarked, in continuity with policies favoring the energy transition, for investments in safer and more efficient transport.

Italy needs to find the courage to save its public transport system and defuse this bomb.

The courage to invest in innovation in public, accessible and shared transport systems. The courage to consider public and sustainable mobility as an experience and not simply as an equation matching supply and demand.

The courage to finally adopt a contemporary service design approach based on behavioral science and communication.

The Task Force’s lack of expertise in the fields of mobility, planning or service design leads us to think that, considering the fragmentation and specificity of the problem, these resources will be identified directly at the local and regional level.

If so, an Urban Mobility Task Force centrally coordinated but locally managed could work alongside public and private transport companies and help them become more agile face the new challenges of service management, and learn faster.

If so, the network of URBACT, CIVINET and similar projects and a whole new generation of designers and researchers, who for years – in Italy, from Trento to Scicli – have been actively and steadfastly working on service innovation for public policies and sustainability, could be involved.

If so, we would be happy to contribute.

This letter was sent to the Government Task Force signed by a first group of professionals and researchers in the field of design, service innovation and urban policies.
Anyone wishing to subscribe please send an email to info@wepush.org

UPDATE: On April 16th we received the following reply sent from Prof. Cingolani:

Good morning Dr. D’Aloja and thank you for your letter. I’ve just forwarded it to the Task Force team that deals with the transport issue. In the coming days we hope to have a first idea of priorities, certainly including transport. Sincerely